First Sign of HIV, Other Symptoms and Risk Factors

HIV symptoms can be difficult to spot in the early stages of infection given that they closely mimic a flu.

The symptoms of HIV will also depend on the stage of infection. HIV progresses in three stages including:

If you are experiencing any of the above symptoms, do not panic immediately. HIV symptoms may be similar to other illnesses, including a common flu. Airing on the side of caution however, if you do think that you have been exposed to HIV, it is so important to get a test as soon as possible. 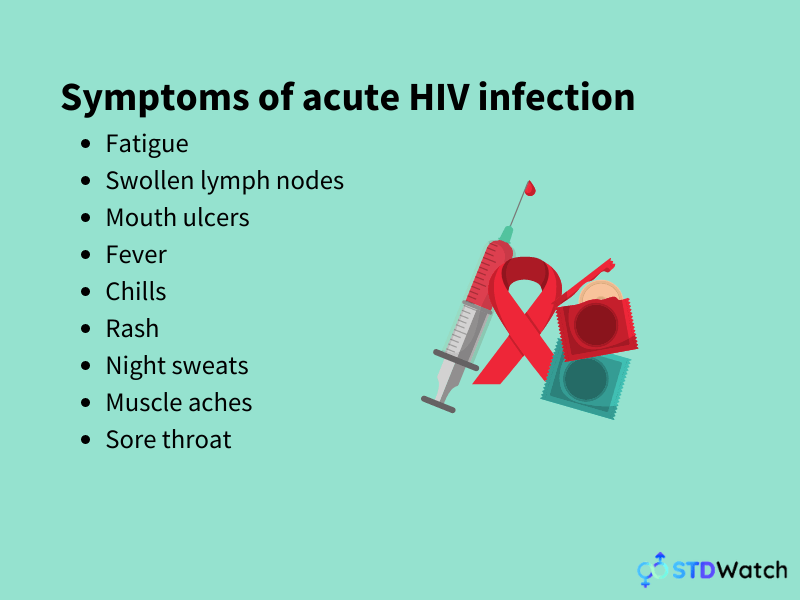 There are usually no symptoms during the clinical latency stage.

If symptoms do occur, they may include:

Clinical latency is the name given to the period in which there is a slow reduction in the number of CD4 T cells and a gradual increase in HIV particles in the blood.

HIV continues to multiply during this stage, but at a slower rate than acute HIV infection.

Clinical latency generally starts 6 weeks after the initial HIV infection, however, this varies from person to person.

If left untreated, a person can remain in this stage for 10-15 years, however, some people will move through this stage faster than others.

If HIV is diagnosed during clinical latency, it is still possible to effectively manage it and lower your risk of passing the virus to another person through ART therapy.

It generally takes 8-10 years for HIV to progress to AIDs. Those living with AIDs will experience a severely weakened immune system.

Some of the symptoms of AIDs include:

Though it varies from person to person, fever is usually the first of HIV.

Fever may last anywhere between one week and a month.

The first sign of HIV usually closely mirrors flu-like symptoms. Some of the other primary symptoms of HIV may include a sore throat and swollen lymph nodes.

How long can you live with HIV without knowing?

Theoretically, you could live with HIV for 10-15 years without knowing that you have the infection.

If medication is taken correctly you could remain undetectable for life. You may be asking, what does it mean to be undetectable? If given an “undetectable” status, it means that the volume of HIV in your blood or “viral load” is undetectable in the blood.

How can you lower your risk of getting HIV?

No one is immune from the risk of contracting HIV. Anyone can get HIV, but understanding the risk factors can help to keep you safe.

Some of the risk factors of HIV include:

There are a number of risk factors for AIDs, as cited from the World Health Organisation such as: 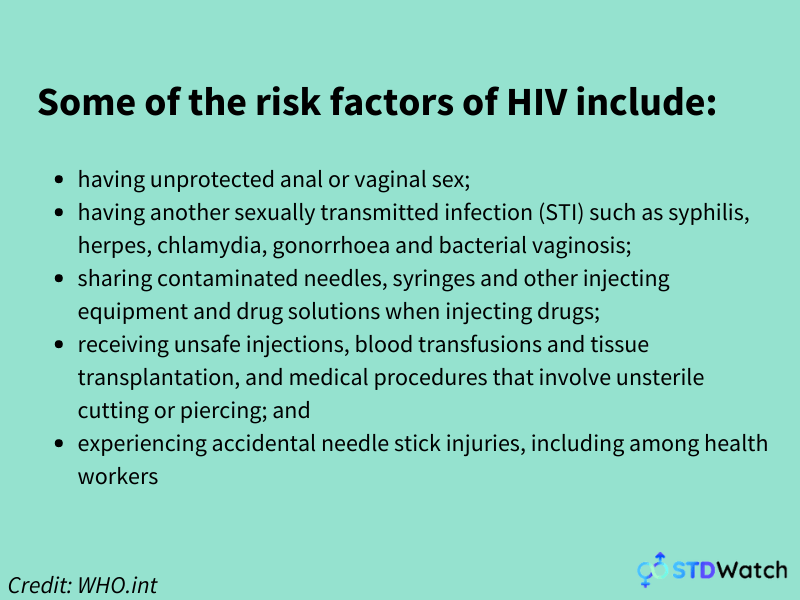 Can you get HIV from kissing?

How is HIV transmitted?

HIV is transmitted through the transmission of infected bodily fluids from one person to another during unprotected sex, sharing contaminated needles, syringes and other injecting equipment receiving unsafe injections, blood transfusions and tissue transplantation, and medical procedures that involve unsterile cutting or piercing; and/or experiencing accidental needle stick injuries, including among health workers

How quickly can HIV be transmitted?

Once someone if infected with AIDs, they are immediately contagious which means that you could theoretically get aids from them immediately.

How quickly do people infected with HIV develop AIDS?