List of the Most Common STDs in the United States

Looking for an easy to understand STD list which gives you all the information in one place? You have come to the right place.

The amount of information out there can feel overwhelming sometimes, so we have put an easy to understand STD list together

Let’s talk you through your STD list including symptoms, risk factors and treatments.

STD List | What are some of the most common STDs in the United States? 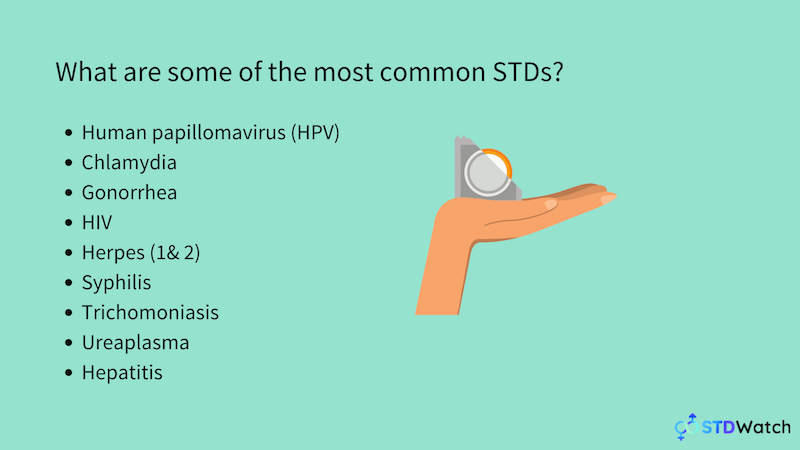 Up first on the STD list, we have the human papillomavirus, also known as HPV.

HPV is the most common STD in the United States. In 2018, there were 43 million HPV infections among people in their late teens and early 20s.

There are over 100 types of HPV. Some types of HPV can lead to cancer, which is why it is so important to get tested.

HPV usually doesn’t showcase any symptoms but if it does, it is usually in the form of warts.

Find out everything you need to know about HPV here.

Second on the STD list, we have chlamydia. Chlamydia is also a very common STD in the United States. Many people will not experience symptoms of chlamydia, though if they do, the most common symptom is unusual discharge.

Chlamydia most commonly affects people aged 15-24 years of age. Chlamydia, if detected early can be treated easily with antibiotics, but if left untreated, it can lead to serious health complications, such as pelvic inflammatory disease.

Find out everything you need to know about chlamydia here.

Gonorrhea is third on the STD list. Gonorrhea is another bacterial STD. Gonorrhea most commonly affects the urethra, rectum or throat. It can also affect the cervix in women.

Find out everything you need to know about gonorrhea here. 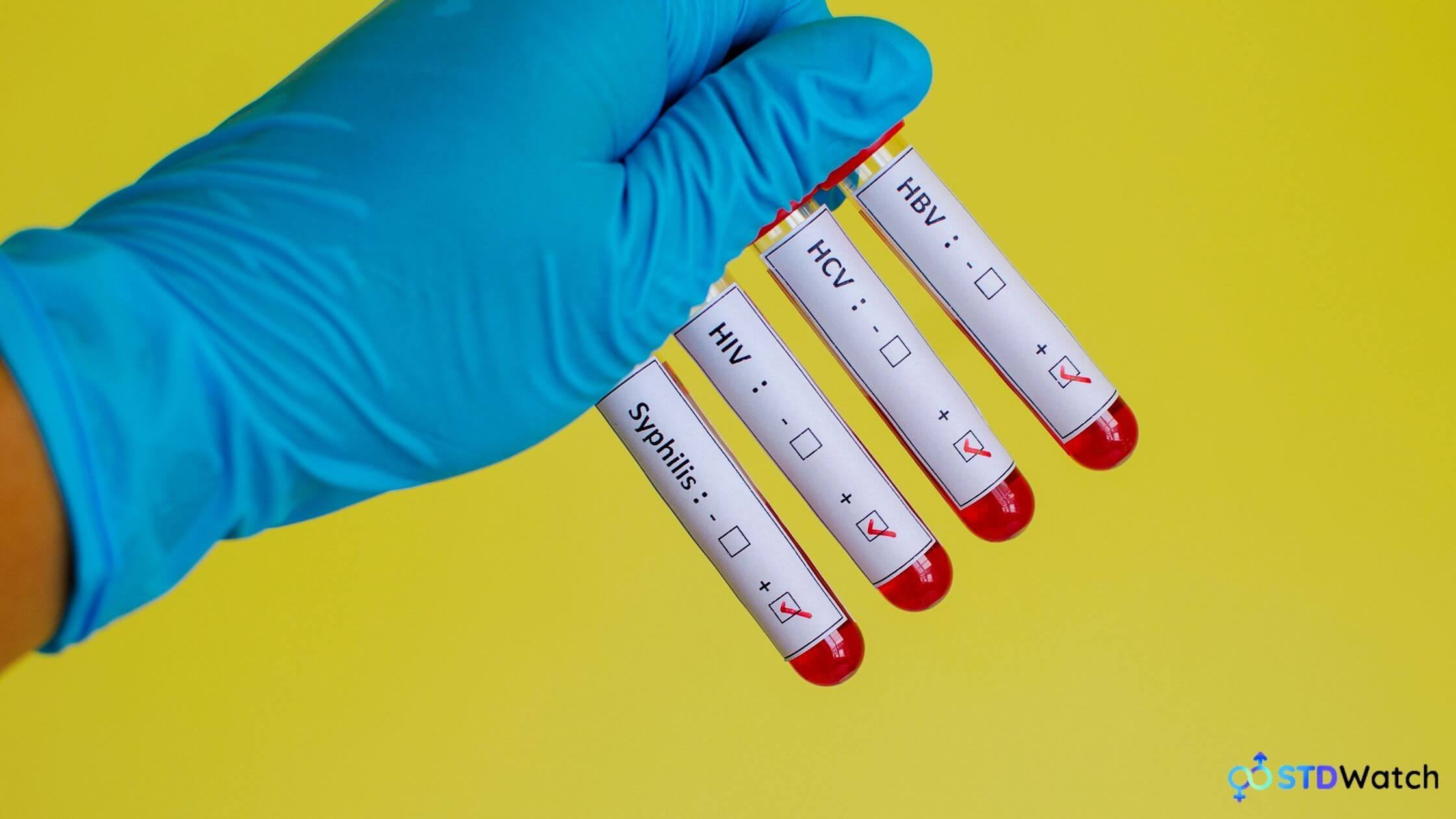 HIV, also known as the human immunodeficiency virus can lead to AIDS, which is a potentially life-threatening condition. HIV works by slowly weakening your immune system, meaning that your body has to work harder to fend off other infections.

It is so important to get tested regularly, because often there will be no symptoms of HIV in the early days of infection.

Find out everything you need to know about HIV here.

The herpes simplex virus is categorized into two types:

Herpes simplex II refers to the virus that causes genital herpes. Herpes simplex II is most commonly caused by genital-genital contact. If symptoms are present, they will include small blisters, lumps and/or bumps in and around the genital area.

Find out everything you need to know about HIV here.

The symptoms of syphilis can be broken into four categories:

Though symptoms don’t always occur, the most common first sign of syphilis is the appearance of a small sore, known as a chancre.

Find out everything you need to know about syphilis here.

Trichomoniasis is the most common curable STD in the United States. In 2018, it is reported that there were two million cases, but only 30% of the total number of people infected experienced symptoms.

If symptoms of trichomoniasis do occur, it will usually present in irritation, itching or burning in the genitals.

Trichomoniasis is most commonly contracted through genital-genital contact. 20% of people who are diagnosed with trichomoniasis are at risk of contracting it again within 3 months, therefore it is super important to keep up with regular testing.

Find out everything you need to know about trichomoniasis here. 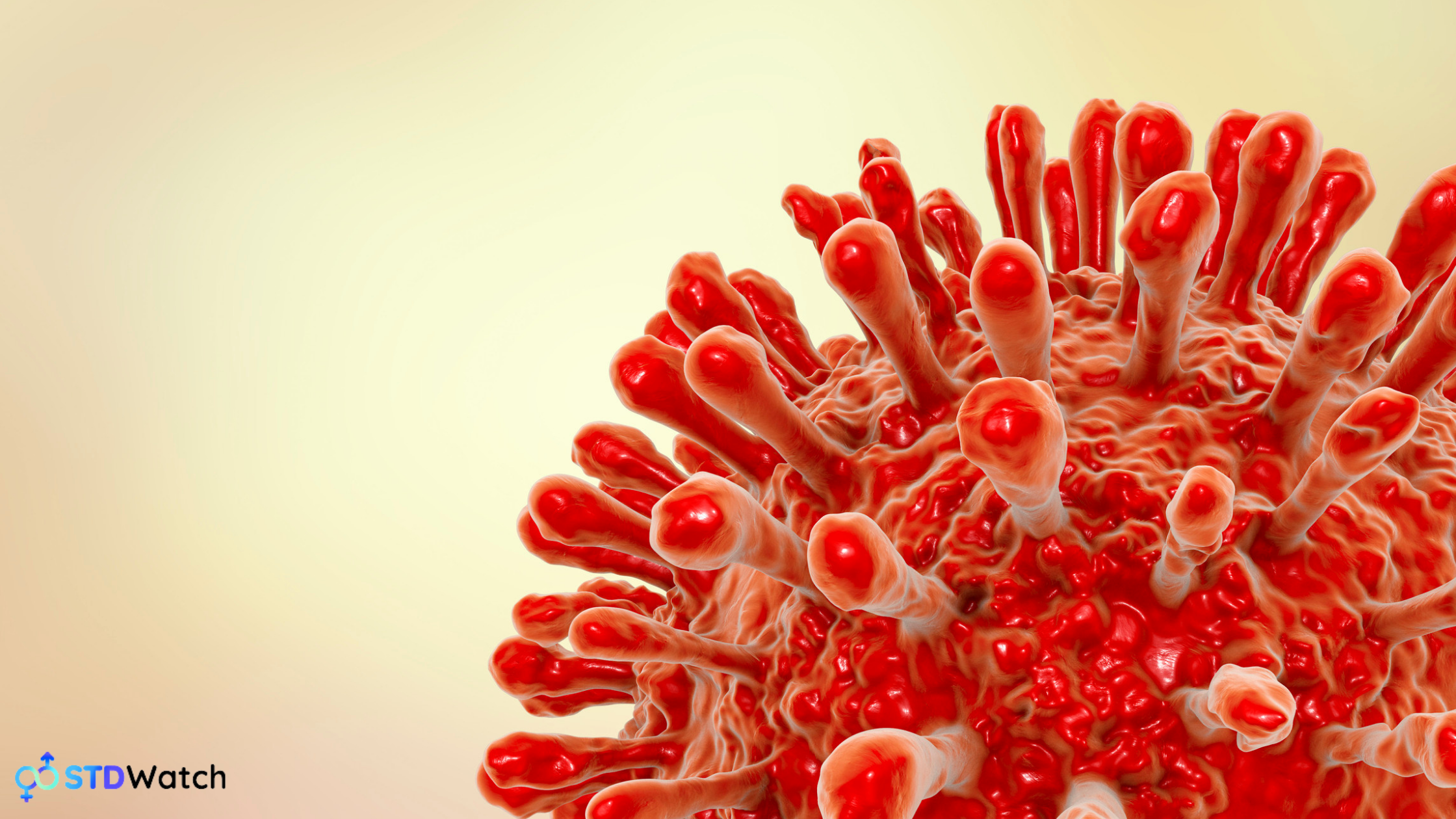 Ureaplasma is a bacteria that is commonly found on a human's genital or urinary tract. Though Ureaplasma is caused by a bacteria, it is parasitic, which means that it requires a host to live.

Ureaplasma is passed on via sexual contact. Ureaplasma may also be passed from mother to child during pregnancy. Usually Ureaplasma will not have any symptoms, however, if there are symptoms; it can result in:

There are a variety of hepatitis viruses. Hepatitis B, also known as hep B can be contracted through the passing of infected fluids.

Hepatitis B often has no symptoms until the infection is more advanced, however if symptoms do occur, it will often start with flu-like symptoms.

Find out everything you need to know about hepatitis here.

What puts you at a greater risk of contracting an STD?

According to the Mayo Clinic, some of things that can put you at a greater risk of contracting an STD include: 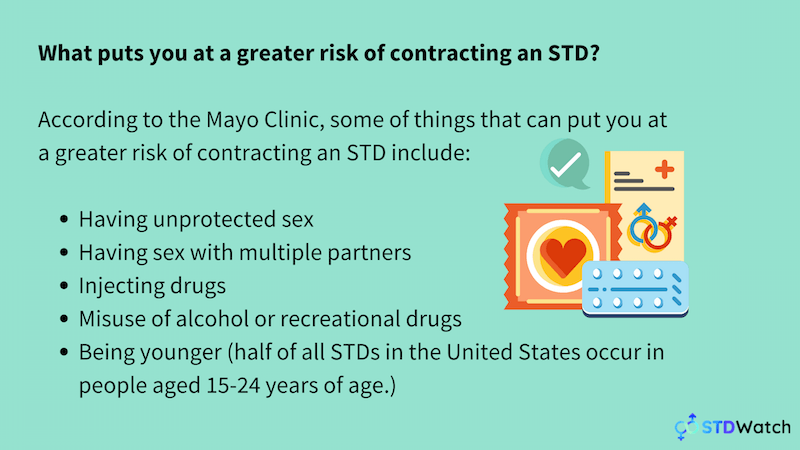 The STD list is not here to scare you. We just want to give you the facts so you can make healthy decisions when it comes to your sex life.

If you identify with any of the symptoms or risks mentioned in this article, you can easily access at home STD testing. We have honest, unbiased and accurate reviews here if you would like to learn more.

What happens if you have an STD?

Quite often, STDs will not have any symptoms until they are more advanced, so primarily, nothing will happen. However, if left untreated, health complications can occur which is why it is so important to regularly get tested.

What are three most common STDs?

In the United States, HPV (Human Papillomavirus), chlamydia and gonorrhea are the most common STDs.

Can STDs be cured?

The majority of STDs can be cured, others can be managed such as HPV, HIV, herpes and hepatitis.

Can you tell if someone has an STD just be looking at them?

You can not tell if someone has an STD just by looking at them.