How to put on a condom plus facts & myths 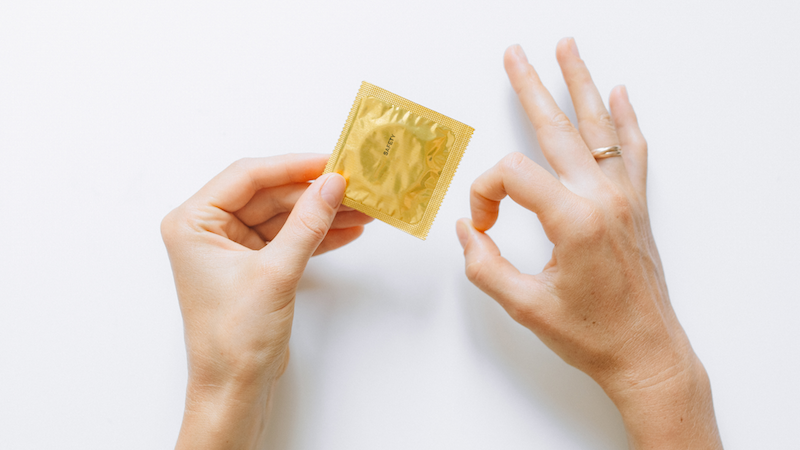 Simply, the condom must be put on before the sex starts.

How to put on a condom

Here’s a quick step by step guide on how to put on a condom: 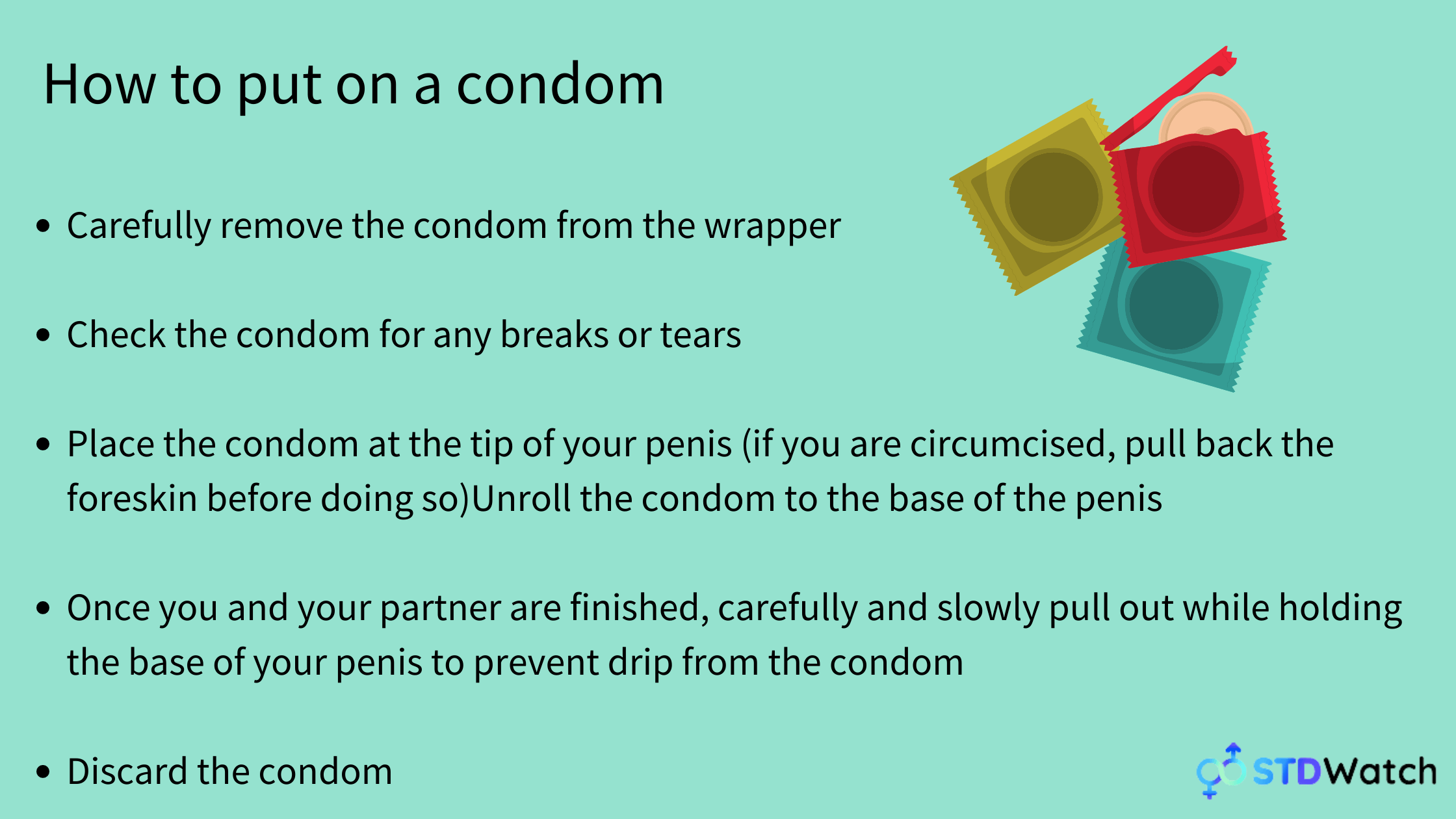 Take a screenshot of this easy to use guide so you have access to it for whenever you need it!

Here are some common condom facts & myths that you should be aware of:

1. You should wear a condom every time you have sex to prevent STDs.

2. You need to put the condom on before having sex.

3. Condoms should be stored in a cool, dry place.

4. Water-based or silicone-based lubricants are the most effective for preventing breakage.

6. Baby oil or cooking oil can be used as lubricants.

7. Reusing a condom is fine as long as it isn’t broken.

8. It’s okay to put on a condom just before I ejaculate.

9. The pull-out method is equally as effective as condoms.

10. Condoms don’t have an expiration date.

While the ins and outs and ups and downs of condom use can feel intimidating at the start, it is always worth the peace of mind to know that you are as best protected as you can be before having sex.

Nothing is as sexy as peace of mind!

“Ultra thin” condoms do not break more easily than regular or “ultra safe” condoms. All condoms that are currently on the market have undergone rigorous testing.

Though there are different types of condom materials and styles, there is no “break-proof” condom on the market. Putting on a condom correctly gives you the best chance of protection.

Is it possible to be allergic to condoms?

It is possible to be allergic to certain condom types, or it could also be an active ingredient included in the condom such as lubricant or spermicide.

If you regularly feel itchy after having sex with a particular brand of condom. This could indicate that you are having an allergic reaction. It is reported that between 1-6% of Americans have a latex allergy or sensitivity.

If you continuously feel itchy after sex, consider trying condoms that are made of polyurethane and polyisoprene, or switching up your lubricant to something more natural. You should consider getting tested if you are concerned that the itching could be caused by a sexually transmitted disease.

Can condoms hurt you?

Condoms shouldn’t hurt you but there are a few instances in which they could cause discomfort for both males and females.