What is premature ejaculation? 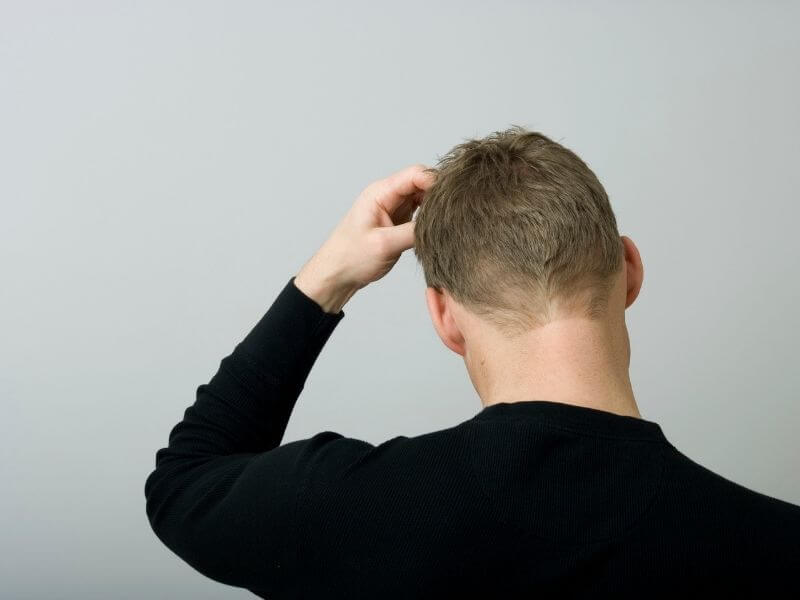 Premature ejaculation (PE) is the name given to a condition in which males ejaculate sooner than they would like to during sex.

Premature ejaculation is the most common sexual dysfunction issue in males, and it can occur during different stages of sex including at the beginning of foreplay, when a male attempts to penetrate their partner and during the earlier stages of sex.

There are two different types of premature ejaculation:

If you haven’t been in control of your ejaculation from the time of your first sexual experience, this is known as “lifelong premature ejaculation.”

Premature ejaculation may cause distress for one or both partners, it can affect men from the first time they have sex, or it can develop later in life following a period of normal sexual function and activity.

When we talk about PE, it is important to note that on occasion it is totally normal to lose control over ejaculation. If you ejaculate earlier than you would like to occasionally, this should not be something to worry about.

A lot of men ejaculate sooner than they would like to on certain occasions, particularly when they first start having sex.

If you ejaculate quickly sometimes, it is unlikely that you will need to speak with your doctor about your condition, however, if premature ejaculation is beginning to feature in the majority of sexual experiences you have, it could be time to get some extra support.

Some of the most common causes of premature ejaculation, according to Mayo Clinic include:

For instance neuro-chemical imbalances are often associated with lifelong premature ejaculation. Usually those who are living with lifelong PE will require less stimulation to reach orgasm, and therefore ejaculation may occur sooner than they would have liked.

Acquired PE may be caused by erectile dysfunction, i.e. a need for more intense sexual stimulation to get and maintain an erection, or anxiety about the erection problem itself. 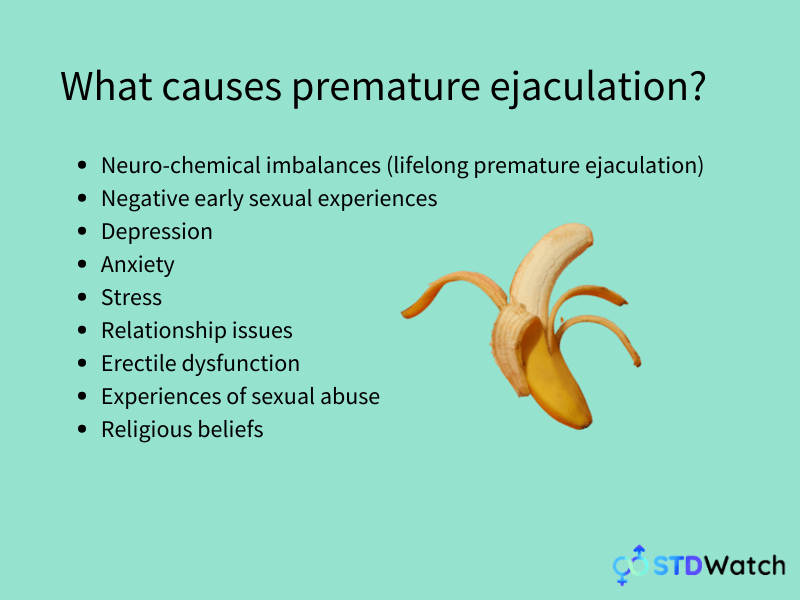 How long should a man last before ejaculation?

There is no “right or wrong” when it comes to how long a couple will have sex for. However, premature ejaculation is defined as lasting less than one minute from when the penis enters the partner.

When it comes to the duration of a sexual experience, there is no definitive rule of thumb, what could be a short period of time for one couple could be plenty for another.

How to fix premature ejaculation

Psychological and behavioural therapy as well as certain types of medications are the main treatments for premature ejaculation.

Your treatment plan will be decided by your healthcare professional depending on your particular circumstances. Sometimes a number of different treatments are used together to treat premature ejaculation.

Psychological therapy may be used to work through the feelings and emotions that lead to sexual dysfunction.

Psychological therapy can help to build confidence when it comes to your sexual performance. This type of treatment may be used alongside behavioural therapy and medications.

Some of the methods used may include:

Medical Therapy involves the use of medications.

There are no drugs that have been approved in the U.S. to treat PE, however some doctors will recommend the use of numbing creams and sprays to slow ejaculation in men with PE. Antidepressants have been shown to delay orgasms.

Drugs for PE can be taken each day or only before sex. Your health care provider will suggest when you should take a drug based on your activity level.

The best time to take the drug is not clear. Most doctors suggest from 2 to 6 hours before sex. PE can return if you stop taking these drugs. Most men with PE need to take these drugs on an ongoing basis.

95 out of 100 men will recover from PE. There is no way to promise recovery, but learning how to relax may help. If the problem stays, keep working with your health care provider to find solutions.

If a man ejaculates quickly, does it mean he is inexperienced?

Not necessarily - it is normal to ejaculate sooner than you would like to on occasion. Sometimes it can be related to the daily stresses of life or a physical condition and it will have nothing to do with a man’s level of experience.

Does viagra help with premature ejaculation?

Viagra is not an effective treatment for premature ejaculation, meaning it usually won’t have any effect on the amount of time for which you can have sex before you ejaculate, viagra will also not prevent you from ejaculating prematurely.

What is the average duration of sex?

A 2005 multinational study  found that reports ranged from 33 seconds to 44 minutes, with the average session lasting 5.4 minutes.

How often should a man release sperm?

A study found that men ages 40–49 that ejaculated more frequently had a lower risk of prostate cancer. Men with the lowest risk ejaculated at least 21 times per month. The study did not establish that ejaculation could prevent cancer in younger men.