Gonorrhea symptoms | What are the symptoms of gonorrhea? 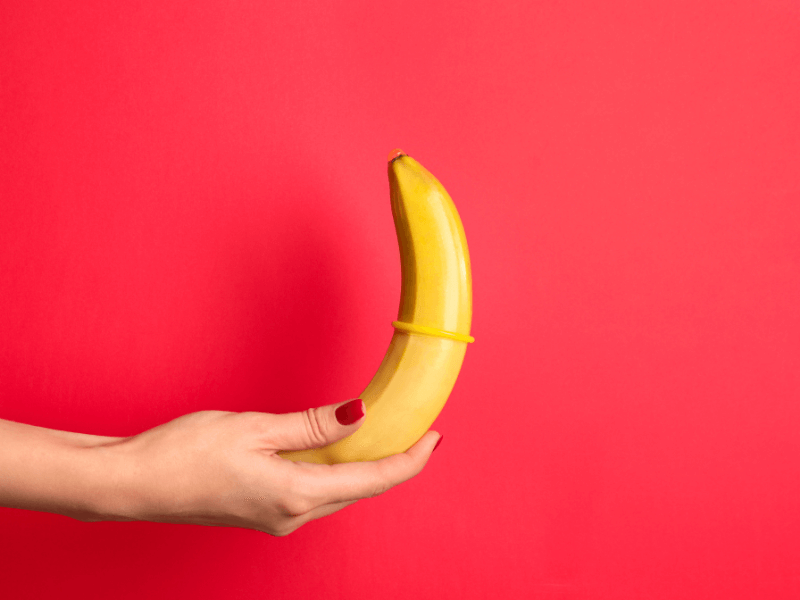 Gonorrhea is a common sexually transmitted infection that is bacterial in nature. Gonorrhea is caused by the bacterium neisseria gonorrhoeae.

Gonorrhea symptoms in males and females are generally quite similar. The likelihood of experiencing the symptoms of gonorrhea will differ between men and women.

According to a study by Department of Health, NY, 10-15% of men and about 80% of women may have no symptoms of gonorrhea.

Let’s dive into gonorrhea symptoms in males and females. 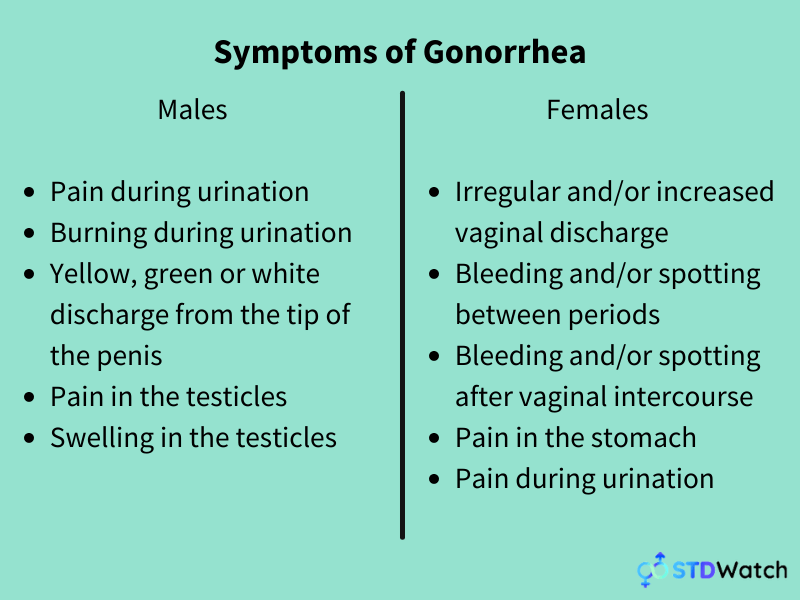 How long does it take for gonorrhea symptoms to go away?

Following treatment, it may take 2 weeks for the symptoms of gonorrhea to fully go away. Symptoms usually begin to improve a couple of days after treatment begins.

Treatment for gonorrhea usually involves a singular injection in the buttocks of thigh followed by an antibiotic tablet. It is also possible for patients to opt for oral antibiotics treatment only if they would prefer not to have an injection.

On average it takes 2 weeks for pain in the pelvis and testicles to disappear completely. For those who experience periods, bleeding or spotting between periods should improve by your next period.

The first sign of gonorrhea in males is usually pain or burning during urination.

The fist sign of gonorrhea in females is usually quite difficult to spot. Oftentimes, the symptoms may mirror a yeast infection or bacterial diagnosis.

Gonorrhea doesn’t necessarily have a bad smell, however the irregular discharge that may arise as a symptom of gonorrhea may have a foul odour.

If you have gonorrhea, you may experience a yellow, green or white discharge, which has been described as having a mushroom-smelling odour.

When is gonorrhea most contagious?

A person who has gonorrhea is always contagious. This means that whether you have had gonorrhea for one week or three weeks, you will be as contagious during either sexual encounters with another partner.

The symptoms of gonorrhea, when they are present usually take 2-5 days to appear, however, it’s important to note that it may take 2 weeks, or they may not appear at all.

How long can gonorrhea last?

There are few medical studies that showcase how long gonorrhea can last for, due to the fact that it could potentially be unsafe to knowingly research untreated participants.

If you are concerned that you have a sexually transmitted infection, you should get tested as soon as possible.

Does gonorrhea stay with you forever?

According to the Centers for Disease Control and Prevention: “Gonorrhea stays in your body if it is not treated. You may have a higher risk of getting HIV infection if you have unprotected sex with a partner living with HIV. Gonorrhea can also spread to the blood or joints.”

Is gonorrhea easy to catch?

Is gonorrhea worse than chlamydia?

Gonorrhea and chlamydia can both have damaging consequences if they go undiagnosed and/or untreated. Gonorrhea is more likely than chlamydia to become resistant to antibiotics.

According to Planned Parenthood, “Gonorrhea isn’t spread through casual contact, so you can’t get it from sharing food or drinks, kissing, hugging, holding hands, coughing, sneezing, or sitting on toilet seats. Many people with gonorrhea don’t have any symptoms, but they can still spread the infection to others.”