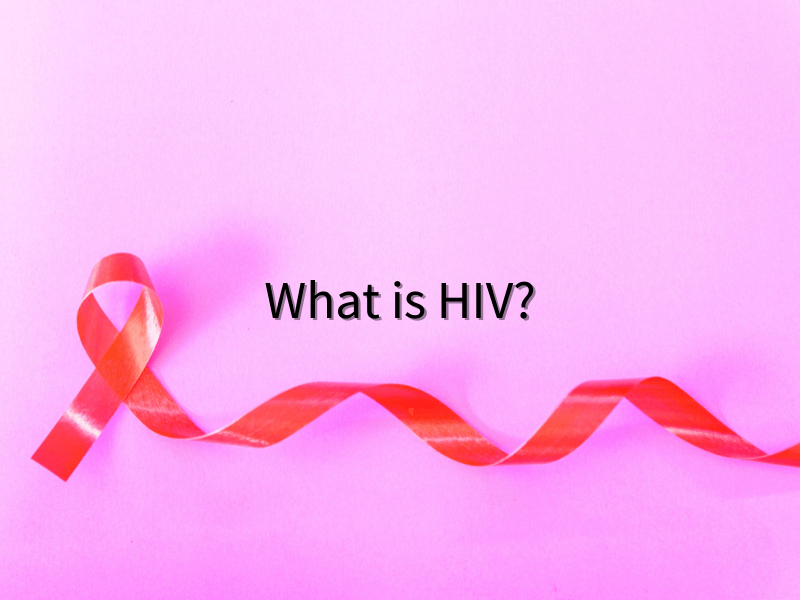 HIV is a sexually transmitted infection, caused by the human immunodeficiency virus.

HIV attacks the body’s immune system. If it goes untreated, it can lead to a condition called AIDs. 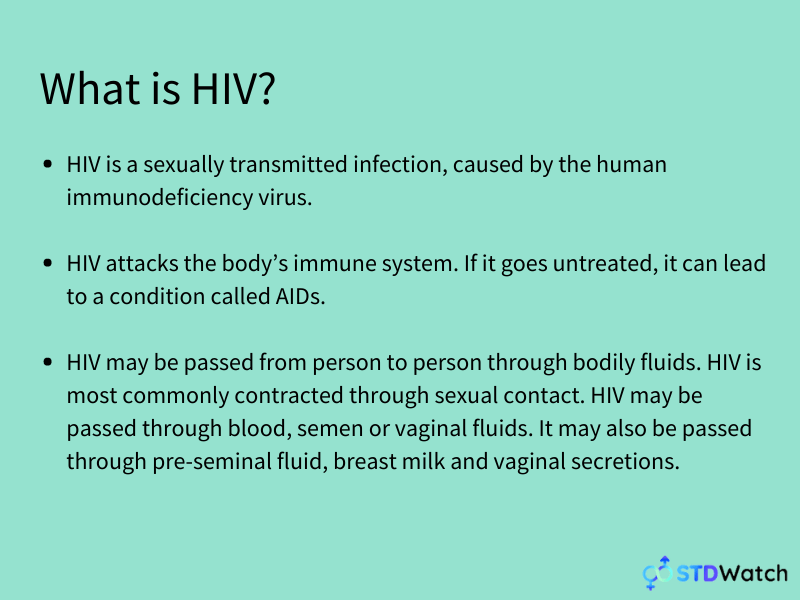 HIV is caused by the human immunodeficiency virus, it can be spread through contact with infected bodily fluids.

HIV is most commonly spread through sexual contact, the sharing of injecting equipment and from mother to child during pregnancy and childbirth.

But, how did it all start? What causes HIV?

The virus was first identified in the 1980s, in the beginnings of what was known as the “AIDs crisis”.

It is widely accepted that HIV passed from chimps to humans in the 1920s, in the Democratic Republic of the Congo. In 1999, researchers found a strain of SIV (called SIVcpz) in a chimpanzee that was almost identical to HIV in humans.

The researchers who discovered this connection concluded that chimpanzees were the original source of HIV-1, and that the virus had at some point crossed species from chimps to humans during the time in which chimpanzees were being hunted.

It is believed that HIV passed through the eating of chimps and the mixing of chimp and human bodily fluids during the hunting process.

What happens if you get HIV?

If HIV goes undiagnosed and untreated, it can progress to AIDs (acquired immunodeficiency disorder). If you get HIV, it is likely that you will not be aware that you have the virus until you start to experience symptoms, even then, it can be hard to tell whether or not you have HIV.

Due to the fact that the symptoms so closely mimic that of a flu, it would easily fall under the radar of a simple cold, as opposed to HIV. This is why it is so important to undergo a sexual health screening at least once per year.

As mentioned, if HIV goes undiagnosed and untreated, it can progress to AIDs (acquired immunodeficiency disorder). There are three stages of HIV.

The three stages of HIV include:

People may not experience any symptoms during chronic HIV infection. Without treatment, the second stage of HIV may last for a decade or longer. It is possible to give other people HIV during this stage.

If HIV is diagnosed and treated during this stage, it is possible that the infection will not move into the third stage, however, if it is not diagnosed, HIV may progress to AIDs.

How long can you live with HIV?

The goods news is that people who have HIV can live a long, normal and happy life if they receive treatment for the infection.

While there is no cure for HIV, highly effective medication has been developed since the 1980s AIDs crisis which means that people who are diagnosed with HIV today can typically expect to live to a normal life expectancy.

HIV can remain undetectable once treatment has commenced for an infinite amount of time.

HIV is described as undetectable once the viral load can no longer be detected by blood tests because the quantities of the virus are so low in the bloodstream. This can be achieved through antiretroviral treatment (ART).

How do I know if I have HIV?

The only way to confirm your diagnosis is to take a HIV test, unfortunately, the symptoms of HIV often mimic other conditions so until you receive a confirmatory diagnosis, you will not be fully sure as to whether or not you have HIV.

How can I get tested for HIV?

There are two different types of test for HIV, an oral test and a blood test: 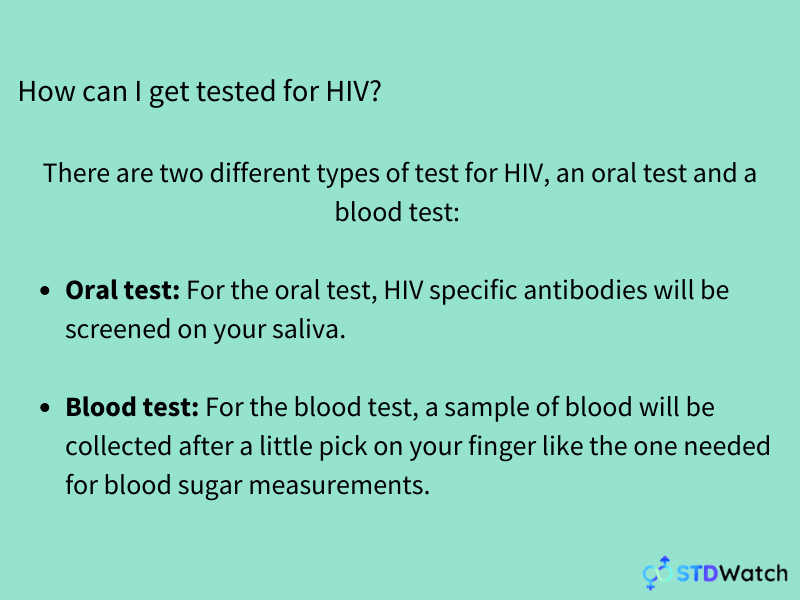 How long does it take to find out if I have HIV?

Depending on the type of HIV test you take, HIV results could take as little as 20 minutes (rapid testing) or several days (traditional blood testing).

Can you get HIV through kissing?

You can get HIV from kissing, though it is extremely rare.

Deep, open-mouth kissing if both partners have sores or bleeding gums and blood from the HIV-positive partner gets into the bloodstream of the HIV-negative partner. HIV is not spread through saliva.