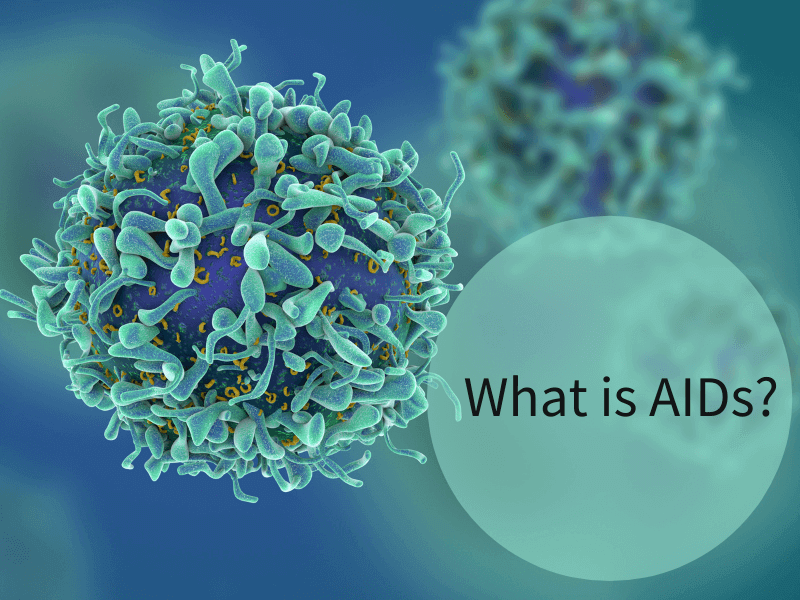 The first cases of what would later become known as AIDS were reported in the United States in June 1981.

Today, there are more than 1.1 million people living with HIV and more than 700,000 people with AIDS have died since the beginning of the epidemic.

Historically, there has been a lot of stigma around AIDs, especially when it was first discovered in the United States in the 1980s.

Luckily, HIV and AIDs are much better understood today, and great efforts have been made to educate wider communities, even within pop culture references such as this year’s hit Netflix show, It’s a Sin.

AIDs describes the last stage of HIV, when your immune system has become so severely damaged by the virus, that you are now susceptible (more open to) opportunistic infections such as:

Since the beginning of the AIDs crisis, medicines have been developed for people living with HIV who have a low CD4 count to prevent these types of infections.

Antiretroviral treatment is the most effective way to avoid these opportunistic infections.

How do you get aids?

You can get AIDs through: 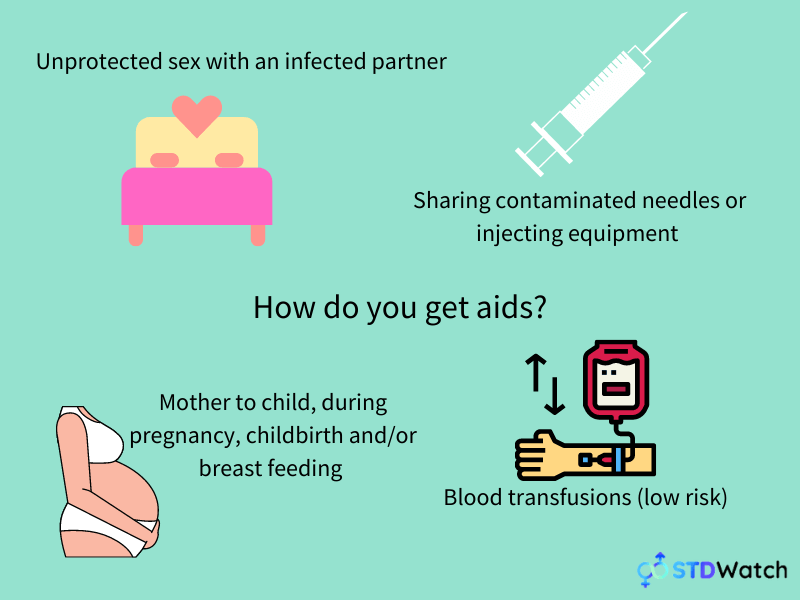 Infection may occur when the bodily fluids of an infected person enter the body of another person, this could be through open wounds or sores, or even small tears that may occur during sexual activity.

HIV can also be passed through breast milk if an infected mother is feeding her baby.

Mothers-to-be who are undergoing HIV treatment will have a significantly lower risk of passing HIV to their babies. Untreated HIV in mothers, however, are at risk of transmitting the virus during pregnancy, child-birth or breast-feeding.

Sharing needles through recreational drug-use or otherwise can significantly increase your risk of getting HIV, and other infections such as hepatitis. If an infected person injects themselves and you proceed to use that same needle, you could get HIV through infected blood that remains on that needle.

The risk of getting HIV through a blood transfusion is very low as hospitals and blood banks in the U.S. now screen all blood supplies to ensure that it is clear from infection. However, blood transfusions are still listed as a risk on most accredited health publishers.

There are a number of risk factors for AIDs, as cited from the World Health Organization such as:

The World Health Organization defines key populations as people in populations who are at increased HIV risk in all countries and regions.

Key populations include: men who have sex with men; people who inject drugs; people in prisons and other closed settings; sex workers and their clients; and transgender people.

Can you survive aids?

There is no easy answer to this question. Each person who is diagnosed with HIV or AIDs will have a completely different experience.

Some people who are diagnosed with AIDs may die shortly after, others may live for years, even if they have officially progressed from HIV to AIDs.

According to Kaiser Permanente, the total life expectancy for a 20-year-old person with HIV was 39 years in 1966.

The total life expectancy bumped up to about 70 years in 2011.

Can you get aids from kissing someone?

What are the chances of getting aids?

According to the Centers for Disease Control and Prevention (CDC) more than 1.1 million people in the United States are living with HIV, and 1 in 7 of them aren’t aware of it. An estimated 39,782 people in the country were diagnosed with HIV in 2016 alone.

How long does it take for aids to go away?

AIDs does not go away. There is no cure for HIV or AIDs, however HIV can proactively and effectively be managed with the use of antiretroviral therapy. Read: HIV treatment | What is the treatment for HIV?

Can you get aids immediately?

Once someone if infected with AIDs, they are immediately contagious which means that you could theoretically get aids from them immediately if you: